Everything You Need to Know About Python's Namedtuples 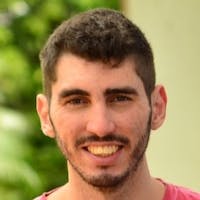 In this article, I will discuss the most important aspects of namedtuples in Python. We’ll start from the very basics and move up to more complex concepts. You’ll learn why you should use them and how they can make your code cleaner. At the end of this guide, you’ll feel very comfortable using them in numerous situations.

By the end of this tutorial, you should be able to:

Why should I use namedtuples?

namedtuple is a very interesting (and also underrated) data structure. It’s very common to find Python’s code that heavily relies on regular tuples, or sometimes dictionaries, to store data. Don’t get me wrong, both dictionaries and tuples have their value. The problem lies in misusing them. Allow me to explain.

Suppose that you have a function that converts a string into a color. The color must be represented in a 4-dimensional space, the RGBA.

Ok, that works, but... we have a couple of problems here. The first one is, there's no way to ensure the order of the returned values. That is, there's nothing stopping another developer to call convert_string_to_color like this:

Which, in turn, fails with ValueError since we cannot unpack the whole tuple.

That's true. But why don't you use a dictionary instead?

Python’s dictionaries are a very versatile data structure. They can serve as an easy and convenient way to store multiple values. However, a dict doesn’t come without shortcomings. Due to its flexibility, dictionaries are very easily abused. As an illustration, let us convert our example to use a dictionary instead of tuple.

Ok, we now can use it like this, expecting just one value to be returned:

The second issue with dicts is that they are not hashable. That means we cannot store them in a set or other dictionaries. Let’s imagined that we want to keep track of how many colors a particular image has. If we use collections.Counter to count, we’ll get TypeError: unhashable type: ‘dict’.

Also, dictionaries are mutable, so we can add as many new keys as we want. Trust me, this is a recipe for nasty bugs that are really hard to track down.

Ok, fine, that makes sense. So, now what? What I can use instead?

Converting our function to use namedtuples is as easy as this:

Like the dict’s case, we can assign it to a single variable and use as we please. There’s no need to remember ordering. And if you’re using an IDE such as PyCharm and VSCode, you have auto completions out of the box.

To top it all off, namedtuples are immutable. If another developer on the team thinks it’s a good idea to add a new field during runtime, the program will fail.

Not only that, now we can use it the Counter to track how many colors a collection has.

How to Convert a Regular Tuple or Dictionary Into a namedtuple

Now that we understand the motivations behind using namedtuple, it’s time to learn how to convert regular tuples and dictionaries into named tuples. Say that, for whatever reasons, you have dictionary instance containing the RGBA values for a color. If you want to convert it to the Color namedtuple we just created, you go do it like this:

That’s it. We can just leverage the ** construct to unpack the dict into a namedtuple.

What if I want to create a namedtuple from the dict?

No problem, do it like this and you're good:

By passing the dict instance to the namedtuple factory function, it will take care of the creation of the fields for you. Then, to create a new Color instance from a dict we can just unpack the dictionary like in the previous example.

How to Convert a namedtuple to Dictionary or Regular Tuple

We've just learned how to convert a namedtuple into a dict. What about the inverse? How can we convert it to a dictionary instance?

It turns out, namedtuple comes with a method called ._asdict(). So, converting it is as simple as calling the method.

You may be wondering why the method starts with a _. Unfortunately, this is one of the inconsistencies with Python. Usually, _ represents private method or attribute. However, namedtuple adds them to its public method to avoid naming conflicts. Besides _asdict, there’s also _replace, _fields, and _field_defaults. You can find all of them here.

To convert a named tuple into a regular tuple, it's enough to pass it to a tupleconstructor.

Another common use case is storing several namedtuples instances in a list and sort them based on some criteria. For example, say that we have a list of colors and we need to sort them by alpha intensity.

Fortunately, Python allows a very pythonic way of doing that. We can use the operator.attrgetter operator. According to the docs, attrgetter “returns a callable object that fetches attr from its operand”. In layman’s terms, we can pass the name of the field, we want to sort it and pass it to the sorted function. Example:

Now, the list of colors is sorted in ascending order by alpha intensity!

How to Serialize namedtuples to JSON

Sometimes you may need to save a namedtupleto JSON. As you may probably know, Python’s dictionaries can be converted to JSON through the json module. As a result, if we convert our tuple to dictionary with the _asdict method, then we’re all set. As an example, consider this scenario:

As you can see, json.dumps converts a dict into a JSON string.

How to Add a docstring to a namedtuple

In Python, we can document methods, classes and modules using plain strings. This string is then made available as a special attribute named __doc__. That being said, how can we add a documentation to our Color namedtuple?

There’s no right answer to this, but we can do it in two ways. The first one (and a bit more cumbersome) is to extend the tuple using a wrapper. By doing so, we can then define the docstring in this wrapper. As an example, consider the following snippet:

As you can see, by inheriting the _Color tuple, we added a __doc__ attribute it.

The second way of adding docstring is just setting __doc__. You see? There’s no need to extend the tuple in the first place.

Just bear in mind that these methods only work on Python 3+.

What Are the Differences Between namedtuples and Data Classes?

Before Python 3.7, creating a simple container of data involved using either:

If you wanted to go through the class route, that meant you would have to implement a couple of methods. For instance, a regular class will require a __init__ method to set the attributes during class instantiation. If you wanted the class to be hashable, that meant implementing yourself a __hash__ method. To compare different objects, you also want a __eq__ method implemented. And finally, to make debugging easier, you need a __repr__ method. Again, let’s revisit our color use case again using a regular class.

As you can see, there's a lot to implement. You just need a container to hold the data for you and not bother with distracting details. Also, a key difference why people preferred to implement a class is that they are mutable. In fact, the PEP that introduced Data Classes refers them as "mutable namedtuples with defaults".

Now, let's see how this class is implemented as a Data Class.

Yes, that's it. As simple as that! A major difference is that, since there's no __init__ any more, you can just define the attributes after the docstring. Also, they must be annotated with a type hint.

Besides being mutable, a Data Class can also have optional fields out of the box. Let’s say that our Color class does not require an alpha field. We can then make it Optional.

Since they're mutable, we can change whatever field we want. And we can instantiate it like so:

Unfortunately, due to their nature, namedtuples don't have optional fields by default. To add them we need a bit of a hack and a little meta-programming.

Caveat: To add a __hash__ method, you need to make them immutable by setting unsafe_hash to True:

Another difference is that unpacking is a first-class citizen with namedtuples. If you want your Data Class to have the same behavior, you must implement yourself.

Comparing only the features is not enough, Named Tuples and Data Classes differ in performance too. Data Classes are implemented in pure Python and based on a dict. This makes them faster when it comes to accessing the fields. On the other hand, namedtuples are just an extension a regular tuple. That means their implementation is based on a faster C code and have a smaller memory footprint.

To show that, consider this experiment on Python 3.8.5.

As you can see, accessing a field is slightly faster in a dataclass, however they take up much more space in memory than a tuple.

How to Add Type Hints to a namedtuple

As you can see, Data Classes use type hints by default. However, we can have them on namedtuples as well. By importing the Namedtuple annotation type and inheriting from it, we can have our Color tuple annotated.

Another detail that might have gone unnoticed is that this way also allows us to have docstrings. If we type help(Color) we'll be able to see them.

How to Add Optional Default Values to a namedtuple

In the last section, we learned that Data Classes can have optional values. Also, I mentioned that to mimic the same behavior on a named tuple requires some hacking. As it turns out, we can use inheritance, as in the example below.

Named Tuples are a very powerful data structure. They make our code cleaner and more reliable. Despite the competition against the new Data Classes, they still have plenty of firewood to burn. In this tutorial, we learned several ways of making use of namedtuples, and I hope you can them useful.

Great! Keep up with the good work! 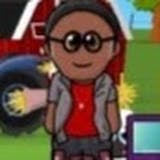 To add a hash method, you need to make them immutable by setting unsafe_hash to True

The logic doesn't seem to fit the naming, and from how I interpret the docs you might do it this way but it is frowned on:

Although not recommended, you can force dataclass() to create a hash() method with unsafe_hash=True. This might be the case if your class is logically immutable but can nonetheless be mutated. This is a specialized use case and should be considered carefully.

It might be better to look at the settings of the eq and frozen parameters when unsafe_hash=False, (the default): Setting eq=True, frozen=True would then get a hash method generated.

Gosh, it takes my concentration to work this out :-)

Thanks for the heads up Paddy McCarthy. It's a bit confusing indeed. I'll run some experiments and update the post.

Hi, could you tell me why I got error for optional attribute?

Hi Roach Zhao, alpha must be None for it to work.

If you make it like this alpha: Optional[float] = None then your code will work. I've updated the article, thanks for you comment.

Note that field ordering of dicts is only maintained in newer python versions (officially since 3.7, but also in CPython 3.6).

Hi Terry, yes, you are right about the order. This example was aimed to demonstrate how to create the named tuple regardless of the key ordering. The idea is that we always use it by providing keyword arguments. This way the order doesn't make a difference. Like this: